Jakob Neilsen has just released his 2007 Intranet Annual, in which he nominates the ten best intranets of the past year. Having read several of these reports, I have come to the conclusion that almost all intranets contain exactly the same content.

Although individual sites differ in terms of specifics - the core themes are almost indistinguishable. Read more about this idea and see some examples in my latest web article

Another update to my spasmodic series of literary reviews. The God Delusion by Richard Dawkins

It may seem like an odd selection for the time of year, but in the weeks leading up to Christmas I became an avid reader of Richard Dawkins' "The God Delusion". I was attracted to it because I thought it could build on the tiny bits and pieces of philosophy I have read over the past year. Well, I was somewhat mistaken. In fact, the author makes a specific point of NOT treating the matter of God's existence as a philosophical matter- but as proveable (or disproveable) scientific question. As such, much of the book dwells on scientific arguments for reducing the probability of God's presence. Yet, this is not the author's central thesis. Dawkin's real polemic centres on the expression of faith through religion and his fury at the division it creates. Indeed, his tirades against religion become so paramount, that the idea of deciding whether God exists or not takes second place. But perhaps this is only right, for it seems that - for all his anti-God fame - Dawkins would be quite content to reside in a universe where God exists and religion is absent, than one where God is absent but religion dominant. Never Let Me Go by Kasuo Isiguro

This work was recommended to me over the past year of so by various friends. Indeed, I bought a copy of it in Poland during the summer with the intention of reading it while travelling there. Alas, I left the book on a train one evening and never even got to start it. As a result, I was determined to obtain a fresh copy and finish it before the year was out. My initial impression was not good, as it took an unusally long time for the plot to emerge. However, when it did I truely began to enjoy it. Although the text is infused with sadness and silent outrage, the manner of the telling is light and never weighed down with despair. Indeed, it is the near total absence of judgement that defines the narrative - despite the injustice of the society it describes. The idea that such a status-quo could emerge and be so condoned is fascinating. It also tempted me to be a bit more questioning about the received wisdoms of our own world - in particular our treatment (and mistreatment) of animals. Disgrace by J.M.Coetzee 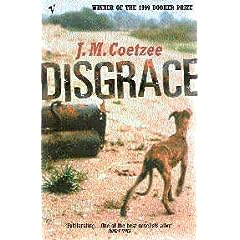 Anti-heroes don't often figure in the novels I read (with the exception of Zoe Heller). Yet, if I ever felt the loss of one I need have looked no further than David Laurie in "Disgrace" by J.M Coetzee. That is not to say there are things about Dave with which I cannot sympathise - it is just that he is not a very likable guy. Although 'manipulative and arrogant' may be too strong, but he is anything but humble. Particularly in his dealings with women. Strange then that it is his daughter - the most important person in his life - who manages to negate his will most forcefully. The fear that David carries with him throughout the book - that his powers over women are in decline - finds its ultimate conclusion in her. That facts that he cannot alter her trauma and subsequent decision, signals the end of his reign. Boy in the Striped Pyjamas by John Boyne 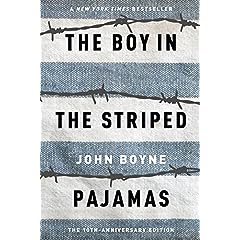 This should have been right up my street given that is fictionalises an area of history with which I am reasonable well familiar (Nazism). Unfortunately, it was not. Although the plot is compelling, the author's style was irritating at times. For example, the repetition of certain phrases ("my best friends Karl and Gunter and Fred") and the fleeting changes in principal narrator were annoying and disorienting. Overall, a bit disappointing.

"The Website Manager's Handbook" is now available on www.amazon.com. However, prospective purchasers (especially students) should bear in mind that the exact same book is available at a 30% discount from www.lulu.com. I know which site I would use!