Off-topic ... Where to start with Philosophy?

About 10 years ago I began some tentative digging into philosophy. I have not emerged yet. It goes deep ... very deep. 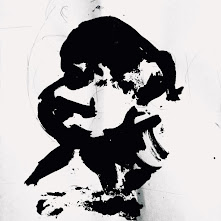 Now it seems that after listening to me drone on about the trolley problem on long drives with the Dublin Caving Group, some of my caving buddies have developed an interest too.

More than a couple have asked me for recommendations for where to begin. As I tend to give them the same list each time, I thought I would also summarise it here for others starting out.

Now, be aware that this list owes much more to Google and Apple’s recommendation algorithms than any proactive research on my part.

Yet, there is some genuinely excellent (and free) content out there. The shows/channels below are those I keep going back to. Well delivered and often entertaining, they are great places to start.

John Searle: Lectures from UC Berkeley
A premier thinker on the mind-body problem and theory of language. Famous for his 'Chinese Room' thought experiment (highly influential in AI circles). These lectures were where I started my own journey and I have listened to all of them several times. Very informative and not overly academic.

Closer to Truth
A bad title for a long series of interesting interviews and discussion with top scientists, philosophers and thinkers. Regarding philosophy it focusses mainly on the problem of consciousness, God and philosophy of religion. Also covers science.

Brian Magee interview series
A series of TV interviews from the 1980s by Oxford philosopher Brian Magee. Some great guests, including a young John Searle and many now-dead luminaries, incl. Quine, Ayer and Bernard Williams.

The Panpsycast
Play on words (geddit?) Similar to PEL, though a bit more hit-and-miss. Again long-format discussion on major themes, but with better interviews than PEL.

Institute of Art and Ideas
A great resource for excellent debate and lectures. Features Hilary Lawson a lot and so I am big fan.

A few others that are either tangential to philosophy or have less frequent uploads.

Most of my consumption of philosophy has been via podcasts and YouTube whilst walking or doing housework. I would like to read more but can’t seem to find the time. Those that I have read are below.

Philosophy: The Basics
By Nigel Warburton. A great introduction to all major themes. Very readable.

Philosophy, Basic Readings
Again by Nigel Warburton. A collection of most influential papers through time. Dense at times, but very good.

Philosophy: the essential study guide
Warburton again! I doubt many students actually read this but I found it surprisingly useful. Very short and I read it in an afternoon. Good scene-setting for how to approach this domain.

So those are my main "go-to" sources. However, I will tune in to any media if it covers themes I am interested in (consciousness, free will, ethics, epistemology, truth) or has interviews with my favourite philosophers ... such as: